Trick To Run Multiple Whatsapp Accounts In One SmartPhone [100% Working]

Many users are afraid of using Whatsapp Mods like GbWhatsapp App, Whatsapp Plus, etc. Because some users think that Whatsapp Mods are not safe and it may cause data leak, But trust me I am personally using it for 3 years and I had no facing any issue related to Whatsapp or Ban using Whatsapp Plus. Let’s For those who never want to install Whatsapp Mods in their phones and use Dual Whatsapp. Here SolutionExist describing how to Use Multiple Whatsapp in the Same Phone.

If you have a Xiaomi device running MIUI 8 or above (or if you have a rooted device running on MIUI8 or above), Then you can use Dual Apps option in settings to clone Whatsapp Application. That way you would be able to use two WhatsApp with different numbers on the same Android device.

However, If you don’t have an MIUI 8 running device, You can use Parallel Space – Multiple accounts & Two face – Android Apps on Google Play, to create multiple instances of the same app. It works the same as dual apps.

If your device is rooted then SwitchMe Multiple Accounts application is the best option. For Using 2, 3 or more Whatsapp, You Do Not Need to Root Your Device nor you have to go up with any difficulties to Run Dual or Multiple WhatsApp Accounts on your Android Smartphone. Today, SolutionExist Introducing you to not one, But Multiple Solutions to your problem that will help you to Run Two WhatsApp Accounts in One Phone. So, let’s Scroll down –

How to Run Dual, Three or Multiple WhatsApp Accounts Safely on Your One Smartphone?

There are two several method that can help you to use multiple Whatsapp account in your android phone and all in this tutorial we had share the official methods for this task.

Step – 1: First make sure that Official Playstore Whatsapp is Pre-Installed in your mobile. If not then Download Whatsapp Application from PlayStore and Install it.

Step – 3: Once, it gets installed successfully. Open the Parallel space app and Click the “+” icon. Then Right Check on WhatsApp and Click on “Add to Parallel Space”

Step – 4: Installing Procedure is complete now. Now you have to Click on Whatsapp Icon and Open the WhatsApp in Parallel space.

Step – 5: Now you have to enter any other number (New Mobile Number) of your choice on your Parallel space WhatsApp and Verify it to create New Whatsapp Account. And you can enjoy 2 WhatsApp accounts in your single phone. This Procedure is Same as you can make new Account on Whatsapp on Official Whatsapp.

NOTE: If your device internal storage is running low then you can Use Parallel Space Lite－Dual App Download from PlayStore, It has the same features as Parallel Space – Multiple accounts App.

AppClone to create the copy of apps and games so you have two choices one for secure use and another for the public.

Step 1: Download and install Whatsapp from Google play store on your phone and enter your 1st mobile phone number and verify it, now you are able to use your one mobile phone account on this app.

Step 2: First of all download this AppClone app file on your mobile or tablet or any android device.

Step 4: Now you will able to see the AppClone icon in your android menu, just open it and add Whatsapp or Some other app that you want to install.

So, two & Three Whatsapp Accounts in One Phone apk, So its simple way to use multiple Whatsapp in the Same phone without root.

Hope you like this post and now you all successfully installed more than Two or Three Whatsapp Accounts on your Single Android Smartphone. Also, Know How to use Multiple WhatsApp accounts on Computer And If you are an iPhone user then Must Check: 2 Whatsapp Accounts in 1 iOS Device. If you have any doubt related to this topic feel free to put a comment on the below section. 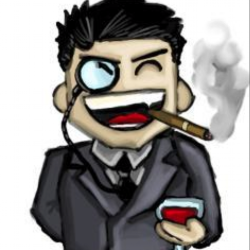 Jayesh Kikani, Co-Founder of SolutionExist – A webdesign expert, A gadget lover and a crazy gamer. Currently working as a part time SEO consultant. I believe in sharing knowledge by the means of smart work not hard work.